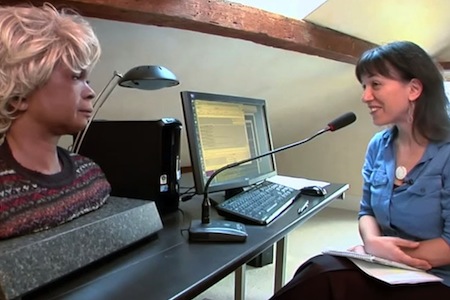 In Interviews, Heart and Brains Beats Experience was originally published on Vault.

One of JetBlue Chairman Joel Peterson’s guiding principles when it comes to hiring has been looking for heart and brains, at the expense of work experience. Peterson, who is also a former CEO of real estate giant Trammell Crow and who has taught for several years at Stanford Business School, is the subject of the latest New York Times Corner Office column. Here’s Peterson expanding on his hiring principles:

At Trammell, we used to say we hire for brains and heart, and we’ll give them experience. That has been a guiding principle for me. You’re not going to change somebody’s I.Q., and you’re not going to change their character. We really try to assess those, but the third element I’ve added is judgment. Some people can be really smart and have high character, and they just have no judgment. They don’t know big from little. They don’t know the elephants from the ants.

This brings to mind all those so-called situational interview questions so prevalent these days. However, Peterson screens for judgment in a slightly unusual way—he doesn’t begin his questions with “Tell me about a time” but with “Why.”

I ask a lot of “why” questions. I’ll ask people to tell me their story, and then you’re listening for inflection points. Everybody changes course, and the great question then is why and why again and then why again. Once you start to understand why people have done things, you can pick up a lot about their judgment.

And so, take note: interviewers, especially experienced professionals like Peterson, are looking for answers between your words—so choose them carefully. Here’s Peterson speaking even further on the issue of judgment:

I haven’t heard this idea articulated so well before, and find it worth your time thinking about while preparing for your next interview. Chances are, even if your interviewers haven’t articulated what they’re looking for quite like Peterson has, you’re going to sound like a much more promising candidate if your story is moving toward something, as opposed to away from something. Chances are you’ll sound more positive, less negative, and like you’re a searcher and high achiever, rather than someone who’s looking for the easy way out. (And I guarantee you that you’ll have to tell your story in some way, shape, or form in your next interview, even if it’s just running your interviewers through your resume).

Perhaps the most interesting piece of the Times column was what Peterson attributed to his quick rise up the ranks at Trammell Crow—he became the firm’s CFO at age 29. Peterson says that trust, via listening skills, was largely responsible for this big responsibility so early on in his career.

I’m a really good listener. It’s not a technique—I’m really interested in what people have to say. But it does develop trust as a byproduct. If you’re authentic, open, you call things as they are, you really are direct and you listen well, that develops trust. And you can’t have an agenda. When you have your own agenda when you’re listening to someone, what you’re doing is you’re formulating your response rather than processing what the other person is saying. You have to really be at home with yourself. If you have these driving needs to show off or be heard or whatever, then that kind of overwhelms the process. If you’re really grounded and at home with yourself, then you can actually get in the other person’s world, and I think that builds trust.

Finally, I will say that there’s one piece of Peterson’s advice I’ve come across that I’m not so sure you should follow. In an article on work/life balance he posted via LinkedIn a while back, Peterson, who now has seven children and 15 grandchildren, told the story of how he drew the line with an early boss with respect to when and where he was going to work.

My first Sunday after joining the national real estate firm Trammell Crow Co., I got a call from Trammell himself, asking me to come into the office to go over a deal. It was a Sunday, but this was the founder, the fellow with his name on the door. Still, I mustered the courage to tell him I’d reserved Sundays for my family, but would come in as early as he liked on Monday morning.

Although this worked out for Peterson all those years ago, and he went on to become the CEO of the company, and Mr. Crow became one of his great mentors, I would hesitate following suit. I can’t imagine someone getting the job if, when asked ‘How would you feel about working on a Sunday?’ in an interview, they answered: ‘Not so great. That’s the day I hang with my kids.’